Exhibit of the month

View all past exhibits of the month
DECEMBER 2021

Kyriakos Pittakis, the first Greek Ephor of Antiquities, dedicated his life to the rescue, conservation and publication of Greek monuments. He was born in Athens in 1798. When he was already sixteen, he embarked on the investigation of ancient monuments and became an apprentice of the French vice-consul Fauvel, fervent connoisseur and collector of antiquities.

When the Greek War of Independence broke out, he took part in the Siege of the Acropolis. He was purportedly responsible for sending lead to the Turks that had barricaded themselves inside the Acropolis, in order to prevent them from removing the lead clamps from the ancient buildings destroying them. From 1824 to 1828 he studied at the Ionian Academy on Corfu, and subsequently aimed to assume an archaeology-related post. In 1832, K. Pitakkis was appointed an unpaid “Curator of Antiquities at Athens” and then “Assistant Ephor” of Central Greece and Ephor of the “Central Public Museum for the Antiquities”, whereas from 1848 to his death, in 1863, he served as Ephor General of Antiquities.

His contribution towards the rescue and collection of the antiquities of Athens already before the liberation of the city was unremitting. He thus formed the first Athenian collections that later became the core of the Collections of the National Archaeological and the Epigraphic Museum. His main undertaking was the excavation of the Acropolis, but he also recorded monuments and conducted excavations in the province. He was particularly concerned with the preservation of the monuments and their restoration, using all available technical means and financial resources. As a way of defending fragments of reliefs and inscriptions from pillage, he set them into wooden frames fixed into plaster, thus creating the so-called “pinakes” (panels). Pittakis made up for his insufficient scholarly education with his industriousness, patriotism, constant ardent passion and love for antiquities. As he himself points, “As a person I may have made mistakes, but no man is infallible. My intention has always been the common good and the dissemination all over the world of the Greek culture through the Greek glory”. 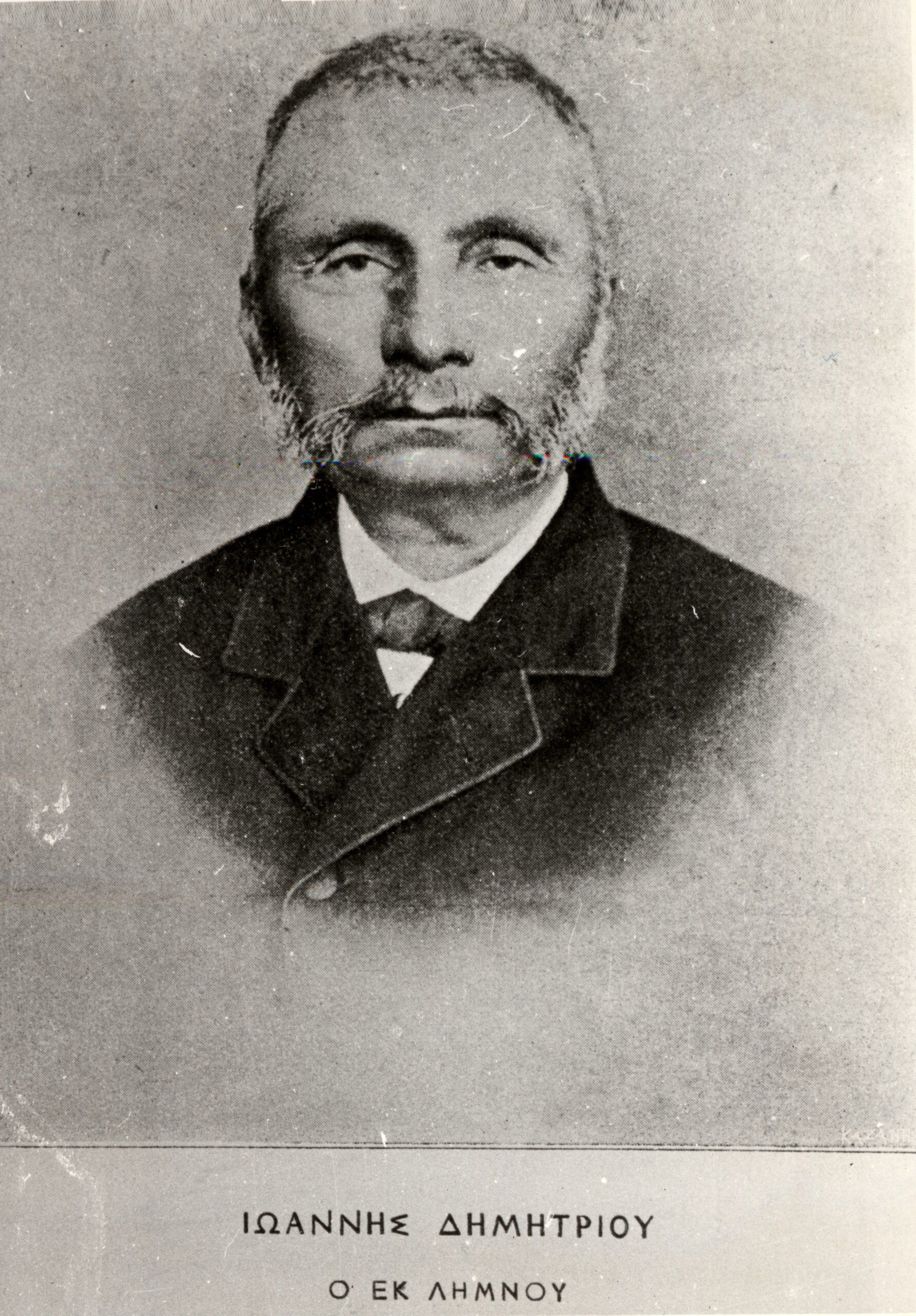 Ioannis Dimitriou (Limnos 1826 – Alexandria 1892) moved to Alexandria of Egypt at a young age with his family, where they entered the sector of cotton cultivation and trade, amassing a vast fortune at the time.

Dimitriou, however, having never forgotten his birthplace, together with other wealthy Limniots of Egypt, funded the establishment of schools and churches on the island of Limnos and conducted other charitable activities there, as well. In 1886, he contributed decisively to the founding of the Limnian Brotherhood in Alexandria.

To support Greece in restoring its economy, through benefactions, was a principal goal of the prominent Greeks of Egypt.

Dimitriou was an archaeology lover and collector of antiquities and ancient coins, his wealth enabling him to collect exquisite ancient artifacts spanning all periods of the Egyptian civilization.

In 1880, he donated his collection of Egyptian antiquities to the National Archaeological Museum, which numbered 3.406 objects, and a little later a collection of 10.000 Ptolemaic coins to the Numismatic Museum of Athens.

The Archaeological Society at Athens paid tribute to Dimitriou, by proclaiming him ‘’President Emeritus’’, undertaking also in the meantime the temporary exhibition of his Egyptian Collection in the National Technical University of Athens (the Polytechnic University), as the building of the National Archaeological Museum had not yet been completed.

By Royal Decree published in the Government Gazette on September 28th 1890, it was decided to exhibit the collection in the central gallery of the Archaeological Museum, decorated by the famous German architect G. Kawerau and henceforth named “Ioannis Dimitriou’s of Limnos Egyptian Antiquities Gallery”, where his marble portrait was placed as well.

In 2008, the Egyptian Collection was re-exhibited in halls 40-41 of the National Archaeological Museum, putting on display the most representative specimens of the magnificent ancient Egyptian history, a great part of which we owe to Ioannis Dimitriou’s donation.

Τzachou-Alexandri Ol., in “The world of Egypt in the National Archaeological Museum”, Athens 1995. 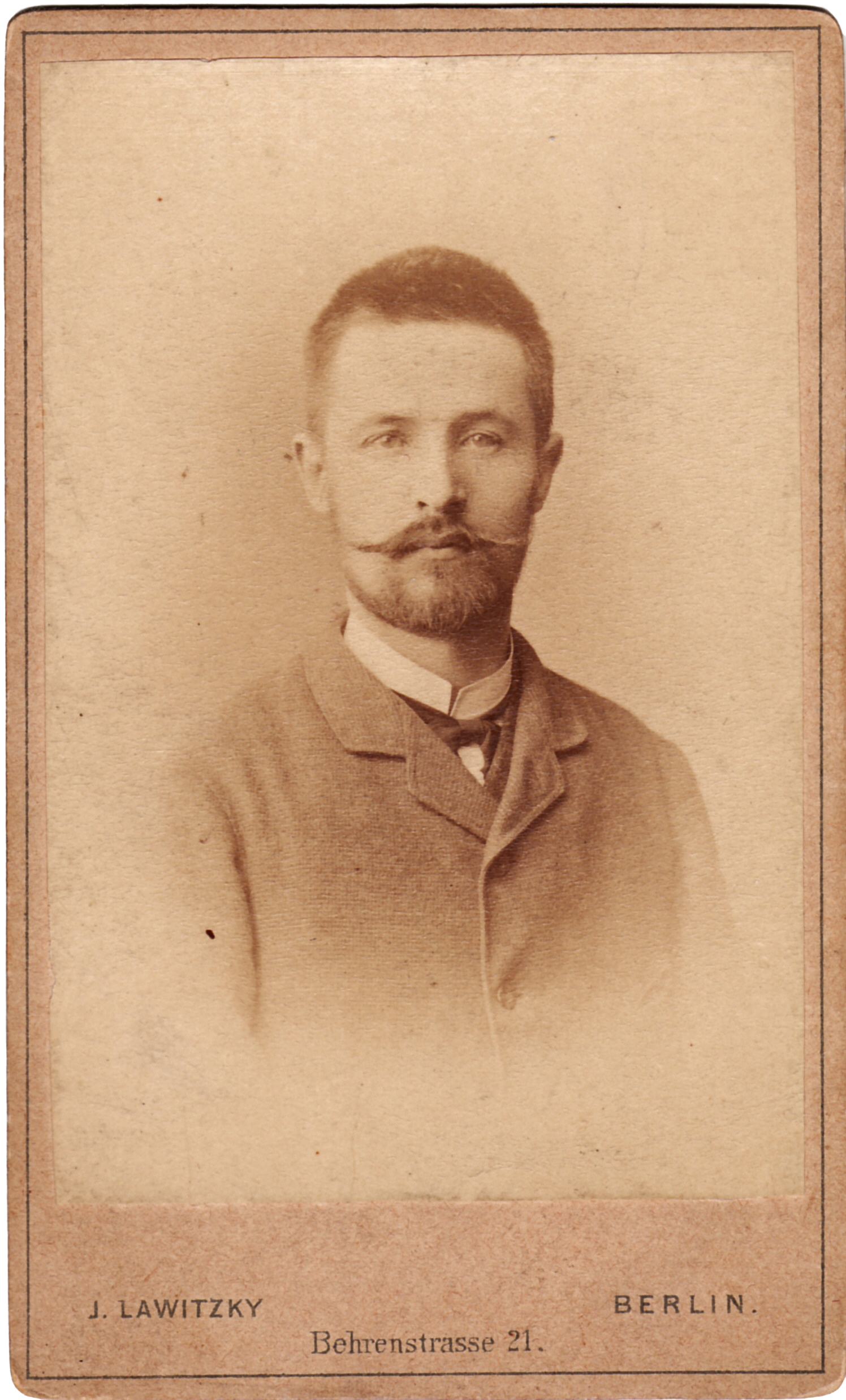 Othon Rhousopoulos was a chemist and pioneer conservation scientist and archaeometrician. He lived a parallel professional life, not only as the founder of the Commercial and Industrial Academy to support practical training for business and industry but as a lead conservator of antiquities in the major Greek museums. His overall contribution was reproduced in major conservation handbooks in prewar Europe while his fame reached the United States.

He started his work for the Acropolis Museum in 1888 conserving the polychrome statues and the bronzes and continued at the National Archaeological Museum in 1901 conserving the Antikythera finds, the Mycenean and Egyptian collections. He introduced an innovative electrochemical cleaning and stabilization method for bronzes, the cellulose nitrate protection varnish, he advised the use of silicates and barium hydroxide for the consolidation of stone, and in 1913 he pioneeringly recommended the use of stainless steel for stone joining, as well as many more materials and methods, some of which are still used in Greek museums and internationally. He also supported archaeologists by analyzing their finds in the laboratory of his Academy. He published 23 papers in Greek and international scientific journals. He made every possible effort to establish a chemical laboratory (conservation lab) at the most prominent museum of Greece, the National Archaeological Museum, but he never received the state recognition. Most damagingly for his reputation, he was blamed for removing the natural patination of bronzes. His overall contribution was eventually lost in a country which at that time lacked ethical rules, institutions, research and formal conservation training. Nevertheless his practices were continued even when his name was long forgotten. 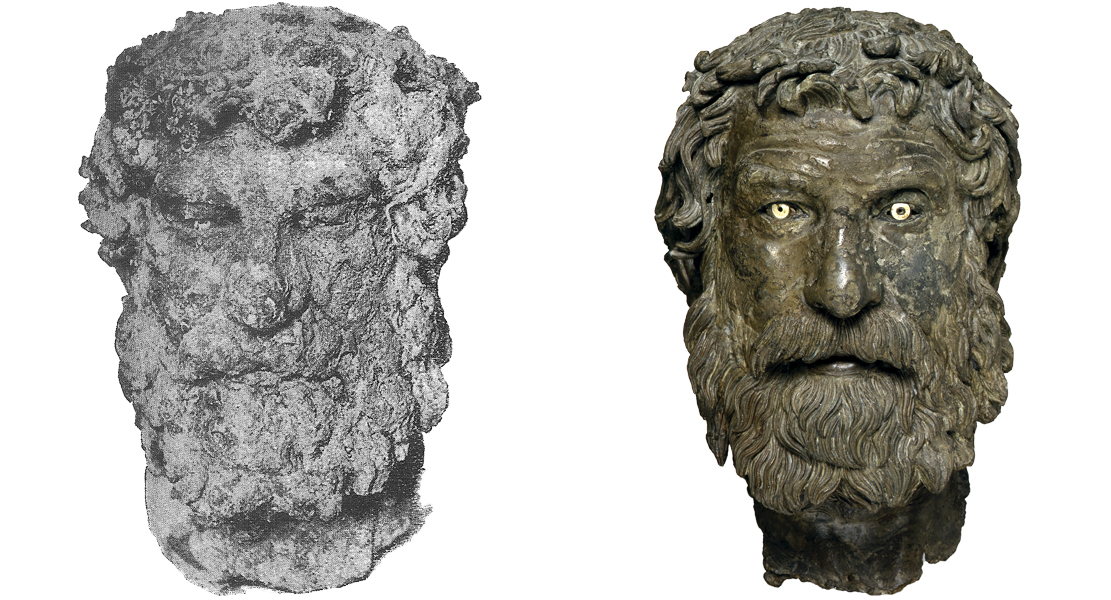 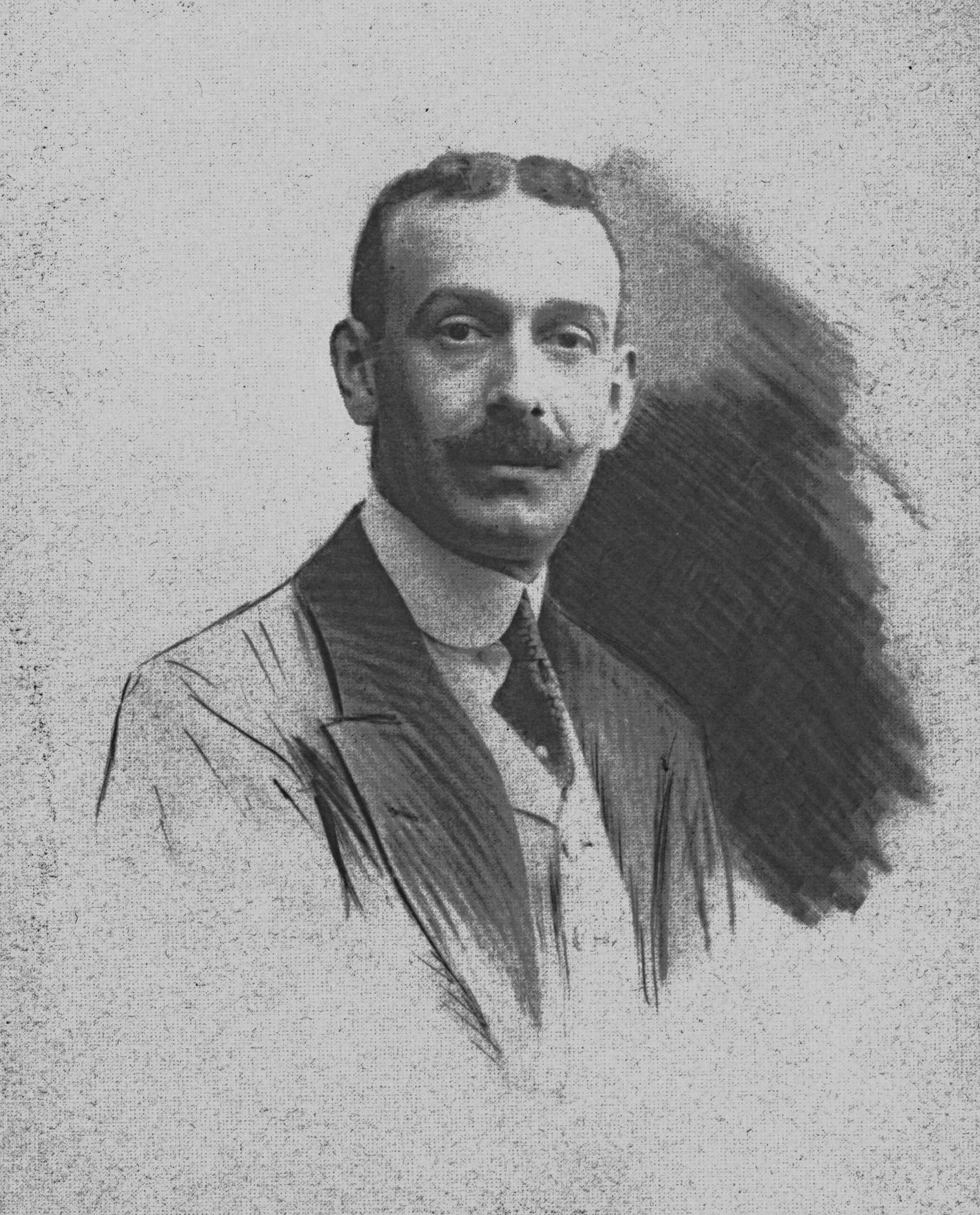 Michael P. Vlastos was born in Athens in 1874, but spent the greater part of his life in the U.S.A, Great Britain, and especially France. He descended from the noble military Vlastos family of Byzantine roots in Constantinople and Chios.

In Marseille where a flourishing Greek community existed, Michael Vlastos assumed in the early 20th century the management of the branch of the great international commercial firm owned by the Rallis brothers.

Vlastos’ first systematic archaeological quests for antiquities focused on Marseille, where he resided, and Taranto, the important Spartan colony in Magna Graecia. It is noteworthy that Vlastos was not a tycoon with immense financial means. He was simply an affluent bourgeois, with a very wide-ranging education and the powerful instinct of a collector. Though self-taught, he had a profound knowledge of archaeology.

After his return to Greece (1933), Vlastos became a benefactor, founder and first president of the Society of the Friends of the National Archaeological Museum (1934). He passed in Athens in September 1934. In 1988, after the death of his daughter Penelope-Ioulia Vlastos-Serpieri, the collection which numbered circa 760 antiquities, was bequeathed, according his will, to the National Archaeological Museum.

In rooms 60-61, 451 objects, dated from 3000 B.C. to 3rd c. B.C. are exhibited. Their major part comes from Greece, mainly from Attica, Boeotia and Corinthia, while of specific importance are the antiquities from Taranto. Particular effort has been undertaken to present, Vlastos’ multifaceted personality though his rich archive, which convey us the atmosphere of the collectors of antiquities of the first half of the 20th century.