The “Thinker”, the earliest symbol of masculinity and thought, welcomes the visitors in Room 5. The thread of the journey into the ancient past unravels from the “stone” Neolithic Age and the capacious display case in which the household goods of a typical dwelling of the time are presented. The storage jar, the now carbonized fruits, the clay vessels and the tools in remarkable diversity reconstruct images of everyday life. In the centre, a cooking pot rests on the point that would have been occupied by the hearth of the house. As the thread continues to unravel, comprehensible units and explanatory – interpretative texts accompany the display cases with the clay vessels -some of which are masterpieces, while others, intended for daily use, are of inferior quality- as these evolved over a period of three millennia in the fertile land of Thessaly and Sterea Ellada (Central Greece).

Then follow the display cases of the figurines. The elaborate and lucid presentation of the small anthropomorphic and zoomorphic creations conforms to chronological order and focuses on the main types. The works impress with their multiformity and variety and give visitors insights into the mystery of human inspiration and polysemy. The thread moves forward passing before the glorious gold of the Neolithic Treasure, splendid for its plain abstract character, and ends in the numerous sharpened tools, the pointed weapons and the elaborate jewels.

Visitors are introduced to the age of metal -from the early third to the middle of the second millennium- with the impressive diadems and other pieces of jewellery of the North-eastern Aegean from Poliochni on Lemnos and much-famed Troy and also with the opulence of the gold and silver jewels of Lefkada. Dated to the same time period, the large jar, the portable hearth and the imaginative pottery ensembles of the houses and tombs of Attica coexist with the much-travelled Cycladic vessels, acting as different bridges of culture. The thread is utterly unwound before the ensembles from the Middle Helladic tombs of Dimini, where the final and eternal gifts to the deceased are exhibited, but also before the vases from Orchomenos and Aphidnae, in a time that heralds the royal tombs of Mycenae and the dawn of the new era. 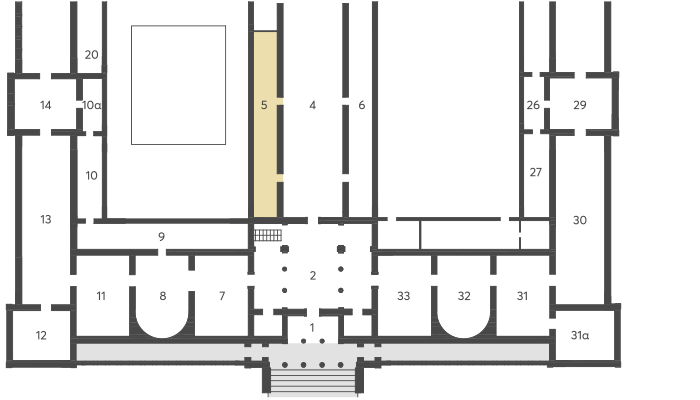