Glorious Victories. Between Myth and History

The new temporary exhibition of the National Archaeological Museum «Glorious Victories. Between Myth and History» forms part of the celebration program for the 2.500-year anniversary of the Battle of Thermopylae and the Naval Battle of Salamis and will be open to the public from 20 October 2020.

The exhibition includes 105 ancient works and a model of the Athenian trireme of the 5th century BC, which are related to and bring to the fore aspects of the victorious struggle of the Greeks against the Persians, assembled both from the National Archaeological Museum as from other museums of Greece, such as the Archaeological Museums of Astros, Thebes, Olympia, as well as from the Konstantinos Kotsanas Museum of Ancient Greek Technology. Especially emblematic for the historical anniversary is the display of the bust of Themistocles, Roman copy of an original work of the 5th cent. BC, from the Archaeological Museum of Ostia (Parco Archeologico di Ostia Antica).

The Persian wars mark a turning point in the ancient Greek history, since for the first time the Greeks defended their freedom united and in full consciousness of their national identity. The historical facts that are recorded in the course of the successive expeditions of the Persian empire in the Greek region (490-479 BC) reflect the fierce clash of two rival political systems and the confrontation between two different worldviews. On one side stands the mysticism of the East that ignores the human essence and on the other side the anthropocentric intellectual principle of the Greek World.

The historical events relating to the glorious battles, the protagonists, the legends and beliefs and mainly the religion and the divine that intervenes and punishes all kinds of conceit and arrogance, are masterfully recounted in the tragedy, poetry and historiography. The museological narrative tries to remain close to the descriptions of the ancient writers, without following the stereotypes of the historical representations of the battles. The choice of the ancient works that are directly or indirectly associated with the period, focuses on the sentiment of the spectator, the imagination and mainly the memories that emerge about the moments that people lived through back then. These moments determined their lives, ideas and beliefs, which were subsequently passed on to the modern western culture.

The exhibition consists of eight units in total. The first six units deal with different episodes and battles of the Persian Wars. Material testimonies that show the military attire of the Greek hoplites and of the Persians, dedications of the winners in the large sanctuaries of the antiquity, among which the helmet of Miltiades, the arrowheads from the battlefield of Thermopylae, fragments of vases with traces of fire from the burning of Athens by the Persians, and inscriptions that recall to mind known and unknown protagonists of the historical events, are some of the works that the visitors will come across in the exhibition. At the same time, figures of gods and mythical heroes enhance the historical narrative and interlink it with the mythical beliefs, according to which gods and mortals joined forces to achieve the overall victory, based on the value system of the ancient Greek world.  The exhibition narrative culminates in the two concluding units which present the resonance of the Persian Wars in pictorial art —ancient and modern— and their ideological significance.

Furthermore, in Hall 21, where the bronze group of horse with jockey from Artemision is on display, there are presented in dialogue with it, five vases-masterpieces with representations of athletic and music competitions, denoting the value of victorious racing contest, individual and collective, not only in the war but also in the time of peace.

The exhibition is enhanced by digital projections that contribute to the creation of a scenic ambience, in order for the visitors to perceive the dramatic atmosphere of the events and the inspiring meaning of Nike (Victory), offering also in some cases complementary interpretive material.

Finally, the exhibition is accompanied by a scholarly catalogue of 512 pages, published by the Archaeological Resources Fund. The anniversary volume includes 18 essays of eminent researchers in the domain of archaeology and art history, which elucidate the ways in which the Glorious Victories of the Persian Wars influenced political life, society and the arts.

The exhibition will open to the public on 20 October 2020

and be running until the end of October 2021. 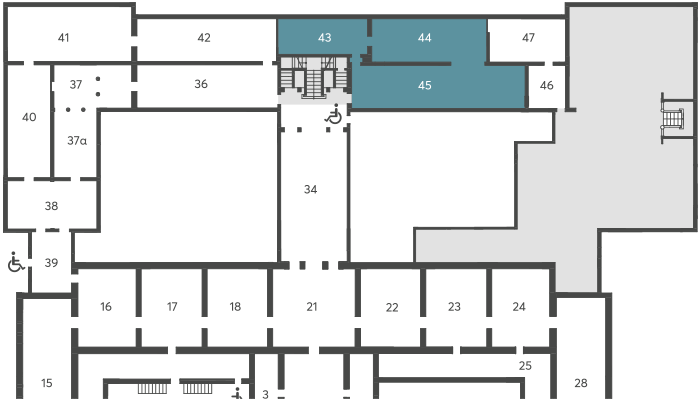