The period dominated by the Diadochi (Successors) to Alexander the Great and their kingdoms that stretched across Greece, Asia and Egypt is called Hellenistic. New major urban centres emerged, such as Pergamon, Antioch and Alexandria. The citizens of these kingdoms experienced a cosmopolitan character that was further enhanced by the widespread use of a common language the Hellenistic Koine, a simplified form of the Attic dialect. The ethical conduct of the citizens was influenced by new philosophical movements, whereas the religious quests led to the consolidation of mystery cults that called for initiation in order for the faithful to achieve now personal salvation.
In sculpture, new local workshops and renowned sculptors that rendered the figures realistically, depicting their personal features, came to the fore. At Lykosura in Arcadia, Damophon from Messene created a composition 6 metres tall (including the pedestal): Demeter and Despoina are venerated seated on a common throne flanked by Artemis and Anytus, one of the Titans, (Room 29). At Aigeira in Achaea the Athenian Eukleides created the colossal statue of Zeus enthroned, known to us from its depiction on coins, but unfortunately, only the head and one arm are preserved (nos 3377 and 3481, Room 30). The group of Aphrodite and Pan, possibly dedicated by a man named Dionysios from Beirut, was unearthed on Delos: the smiling goddess, assisted by the flying Eros brandishes her sandal against the erotically disposed goat-footed Pan who assaults her (no 3335, Room 30). The bronze race horse with its young rider (“”The Artemision Jockey””) was lifted from the sea off Cape Artemision on Euboea (no X15177, Room 34). 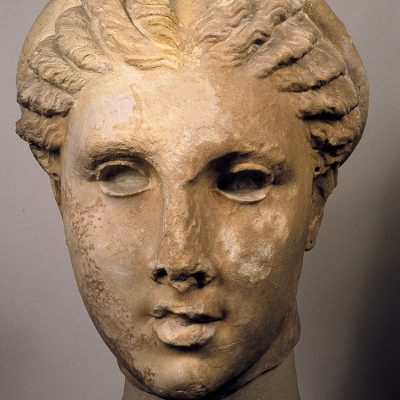 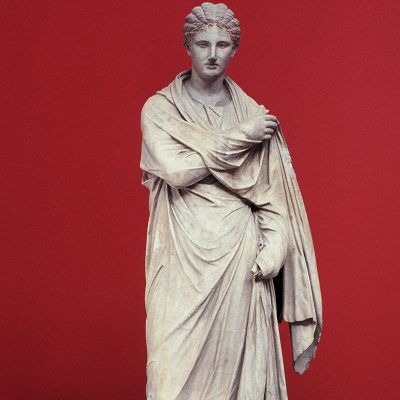 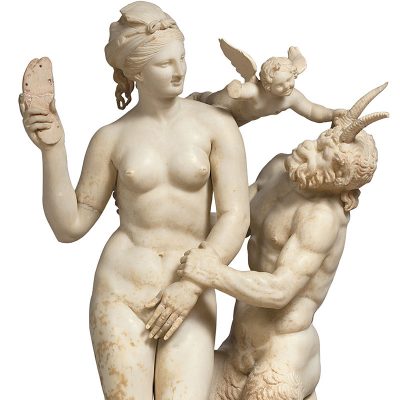 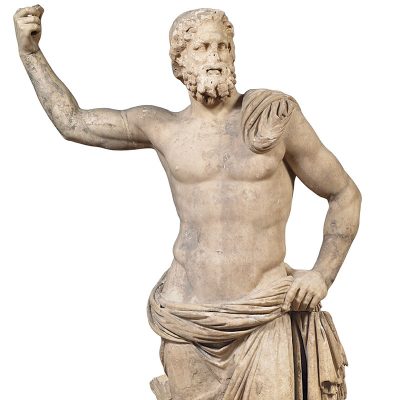 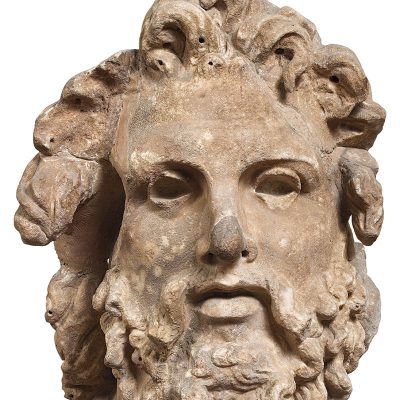 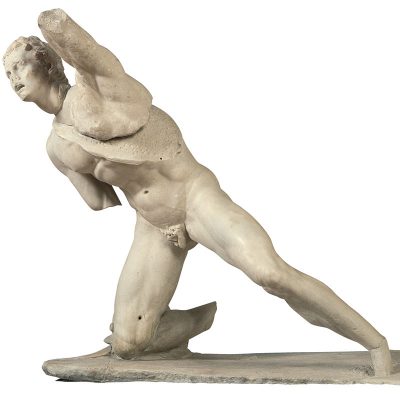 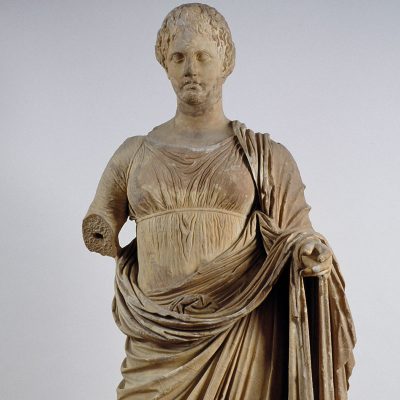 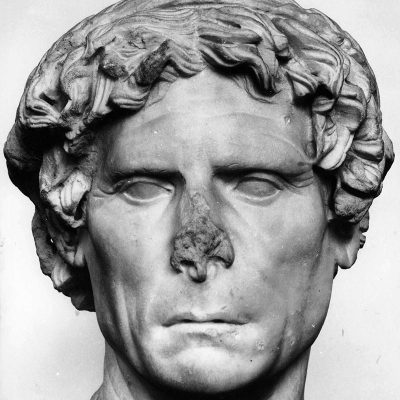 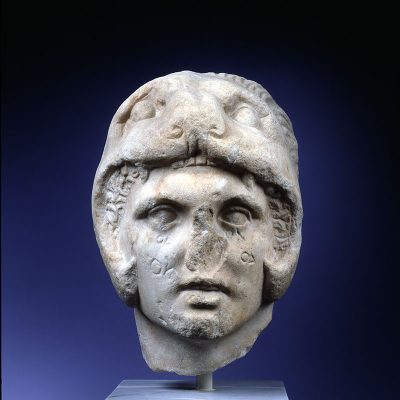 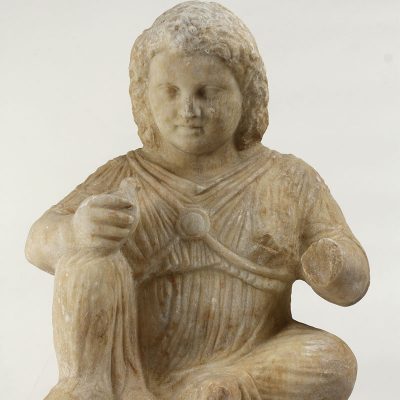 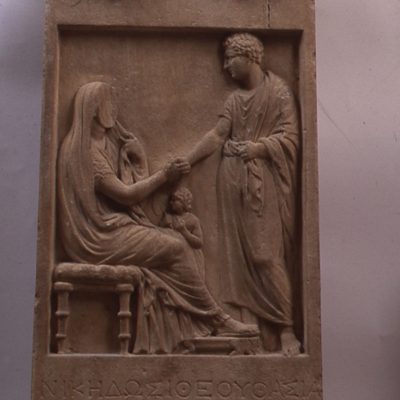 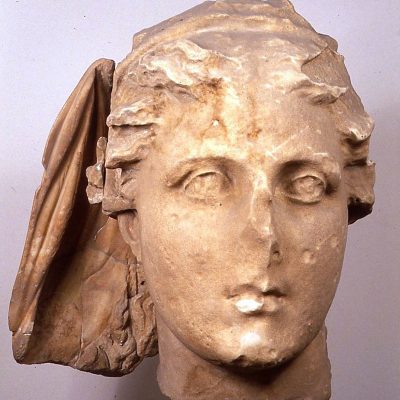 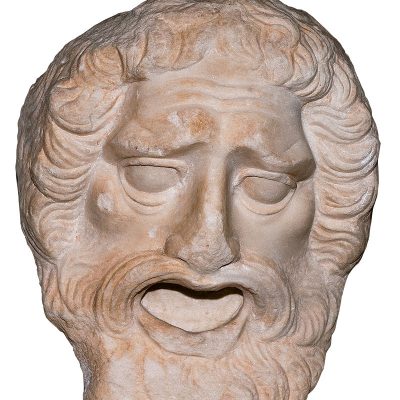 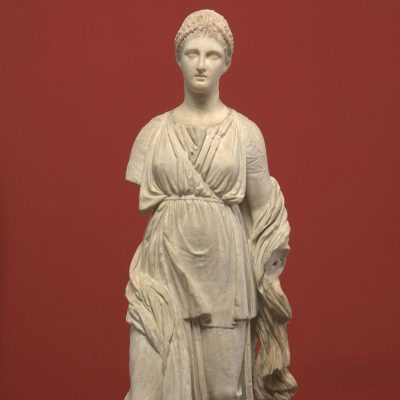 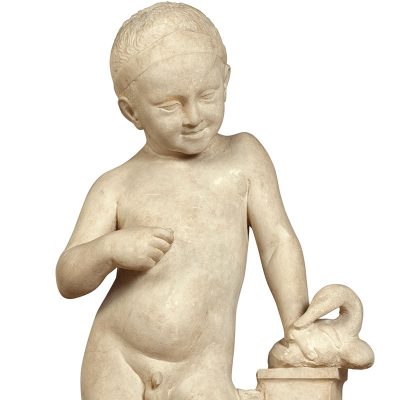 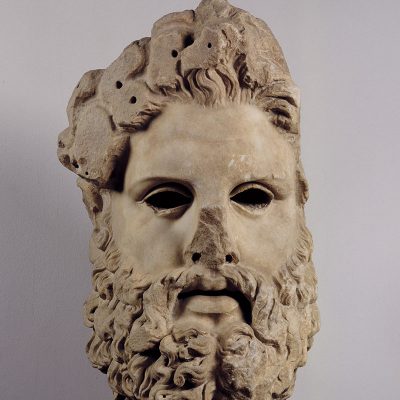 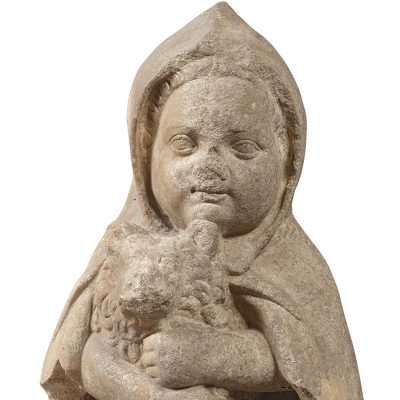 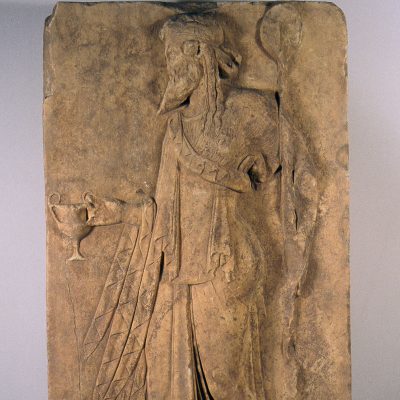 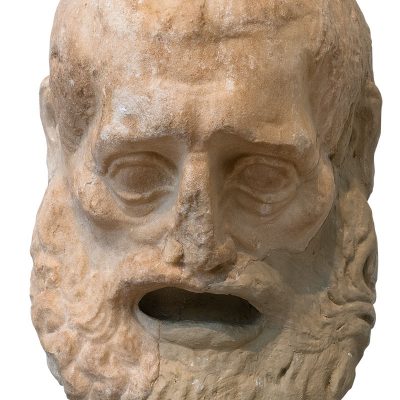 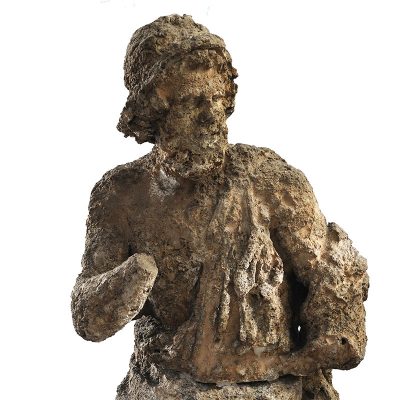 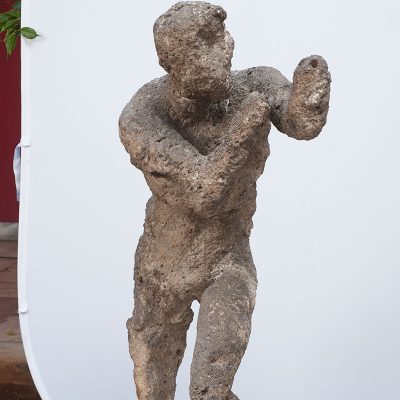 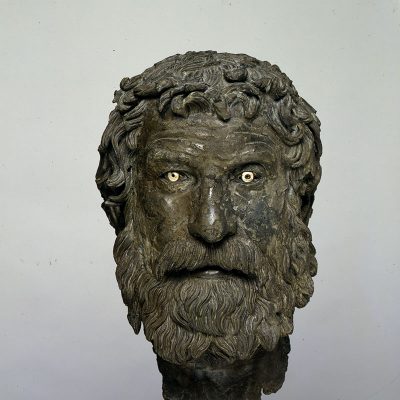 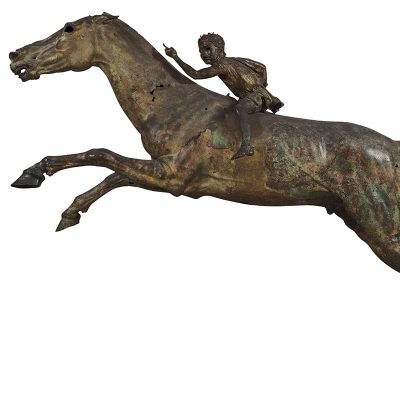