In the 5th century BC democracy was already established in Athens (in 508 BC by Cleisthenes) and the Greeks confronted the invasion of the Persians, the greatest military power of its day. The victories at the battles of Marathon and Plataea and also the naval battle of Salamis brought about an era of intellectual creativity, material prosperity and democratic consolidation under the leadership of Pericles. Athens became the centre in which sculptors, among other artists, arrived from other regions, thereby contributing to the embellishment of the buildings and monuments of the city with works of high quality and originality.

At the outset of this period sculpture conquers the third dimension. One of the rarest bronze works preserved is the statue of Zeus or Poseidon that was retrieved from the seabed off Cape Artemision on Euboea and depicted either Zeus holding the thunderbolt or Poseidon carrying his trident (no X15161, Room 15).

At the peak of the 5th century BC, the great sculptors drew their inspiration from the human body imparting ideal (idealized) beauty and spiritual meaning. The large relief that shows the three main figures of the mystery cult in the Eleusinian sanctuary: Demeter, Persephone and the young hero Triptolemus (no 126, Room 15) was found at Eleusis. Next to the relief lies the clay “Ninnion Tablet” that was dedicated to the same sanctuary by a faithful woman named (the) Ninnion (no A11036, Room 15). Of the statue of Nemesis, attributed to the sculptor Agoracritus, that was venerated at Rhamnous, a Roman copy is preserved (no 3949, Room 19). A work of his master, the Athenian Pheidias, was the chryselephantine statue of Athena Parthenos (made of ivory and gold) on the Acropolis of Athens. Of the huge work that was 12 metres tall, a small Roman version is preserved, rendered in marble (no 129, Room 20). The marble statue of “”Diadoumenos”” from Delos depicting an athlete who binds the ribbon of victory around his forehead that was once gilded is a Late Hellenistic copy of the original bronze work by Polykleitos from Argos (no 1826, Room 21).

Harsh times followed associated with the Peloponnesian War (431-404 BC), the civil strife between Athens and Sparta. The erection of funerary monuments that had been banned in the past by law for political and economic reasons was allowed once again for the victims of the war and the plague (epidemic) that broke out at the early stages of the conflict. Large marble vases that entailed special symbolism are frequently encountered (Room 16), or simple stelae, such as the one that depicts a youth holding the bird which he has just released from its cage, perhaps in a symbolic gesture that signifies the emancipation of the soul from his dead body (no 715, Room 16). Sometimes, they take the form of a naiskos (small temple) inside of which the deceased is depicted, such as the stele of Hegeso from the Kerameikos who is portrayed seated before her saddened slave (no 738, Room 18).

The end of the war signalled the Spartan leadership, but soon Athens and Thebes regained their strength, until the Panhellenic hegemony was successfully claimed by the Macedonian kings Philipp II and Alexander the Great. Large Greek urban centres developed, whereas in sculpture local schools represented by eminent sculptors had been created already before the end of the war. Sculpture is inspired by the rich movement of drapery that follows the movement of the body, as in the case of the female figures of the Peloponnesian sculptor Timotheus intended for the temple of Asclepius at Epidaurus (Room 22). Skopas from Paros undertook the building of the temple of Athena Alea at Tegea in Arcadia (Room 28). Praxiteles, son of the Athenian sculptor Cephisodotus, created nude, sensual works, while the bronze ephebe (youth) that was retrieved from the sea off Marathon (no X15118, Room 28) has been attributed to his school. The bronze ephebe that was recovered from the sea off Antikythera (no X13396), Room 28) adheres to the tradition established by Polykleitos. Lysippos had created the statue of Hercules leaning against his club, a copy of which is the oversized figure of Hercules discovered in the shipwreck of Antikythera and is now on display at the atrium. We are startled by its dark surface, as a result of the pollutants and the corrosion caused by the seawater, making it hard to imagine that it was actually made of bright Parian marble.

During the Classical period a wide range of reliefs were created that also incorporated texts of the decrees issued by the city of Athens (Room 25) or took the form of a cave (Room 25) or human body parts (Room 26, display case). 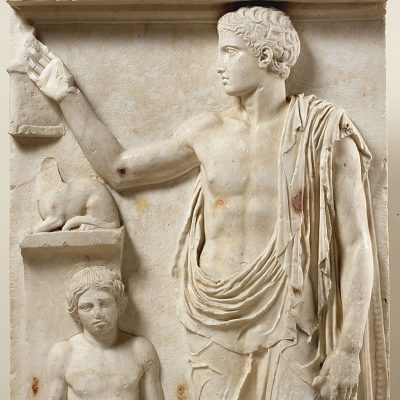 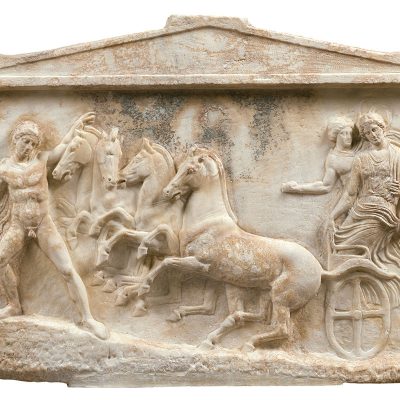 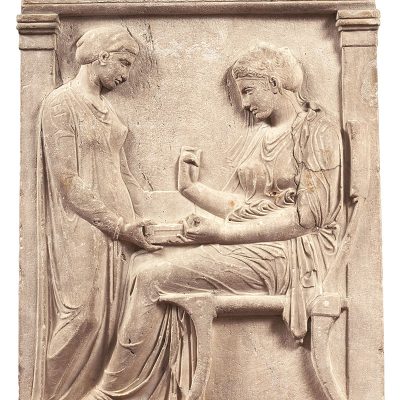 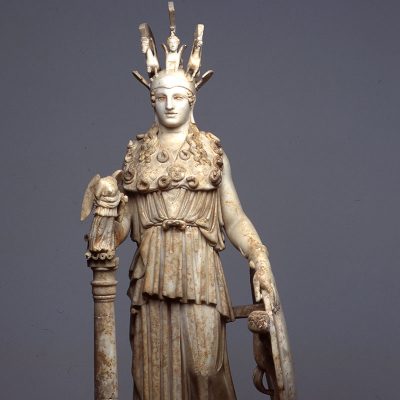 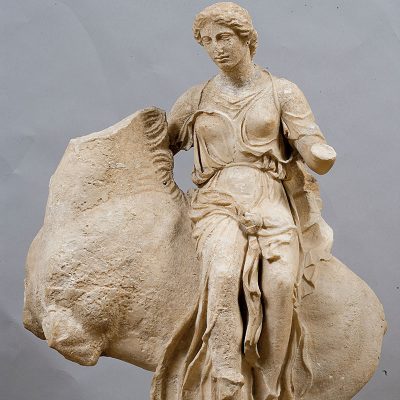 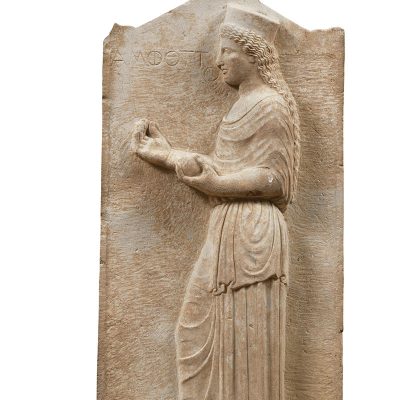 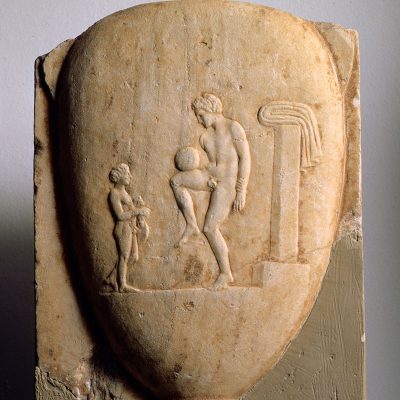 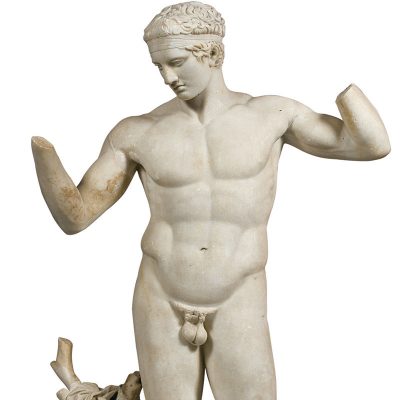 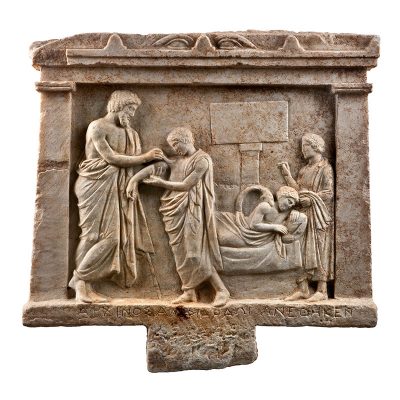 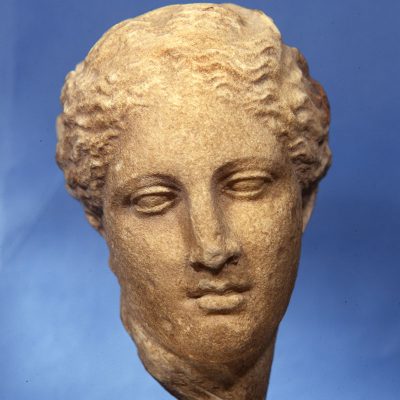 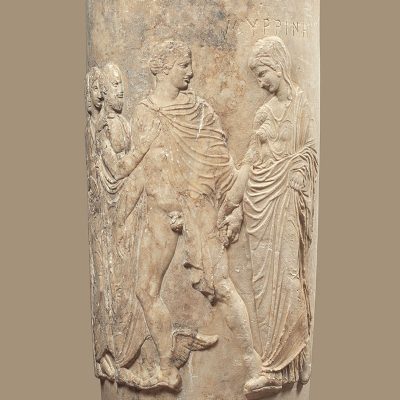 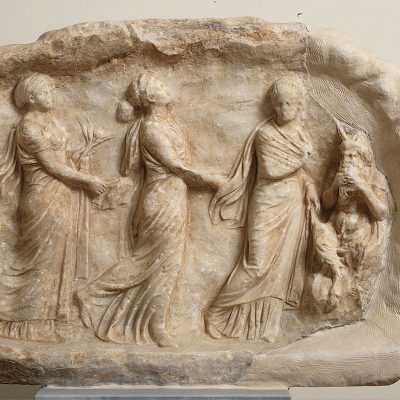 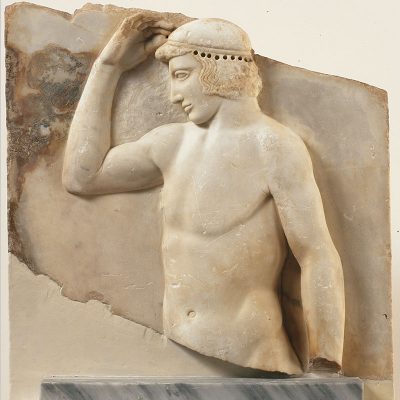 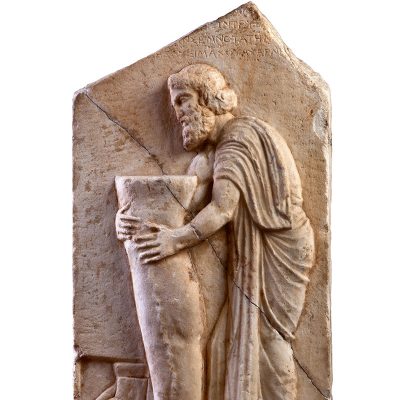 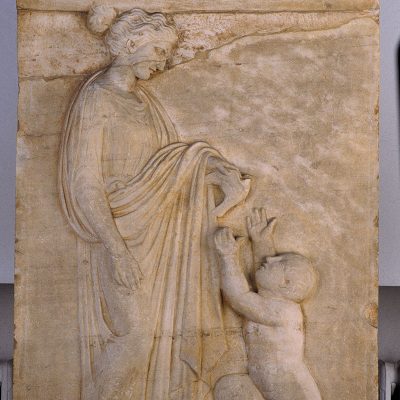 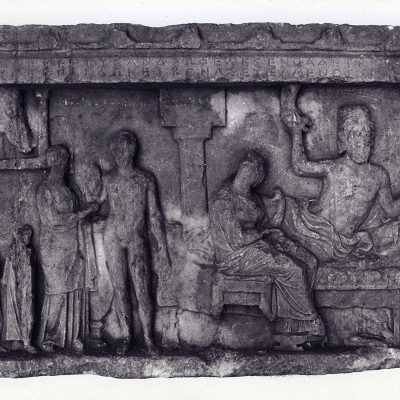 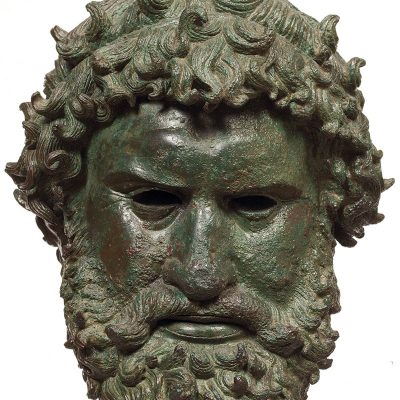 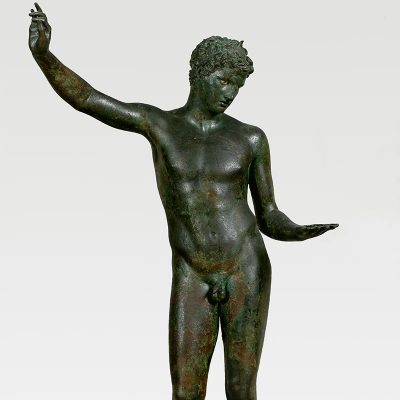 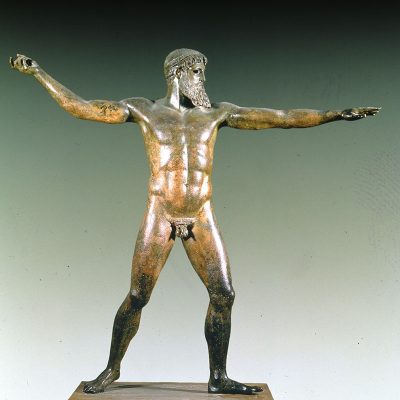 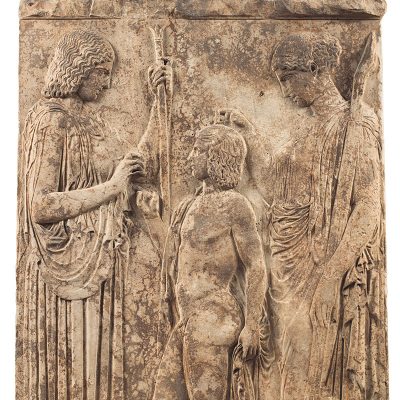 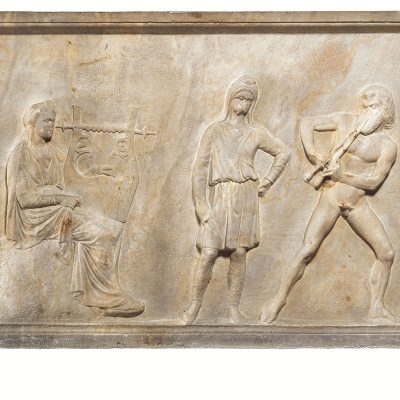 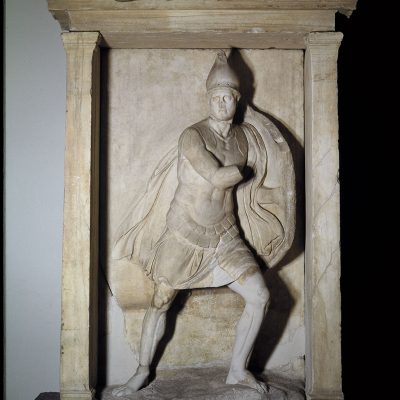 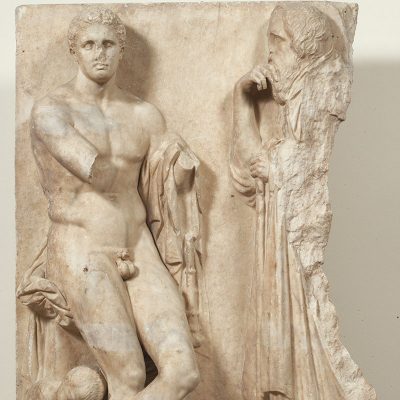 The period dominated by the Diadochi (Successors) to Alexander the Great and their kingdoms that stretched across Greece, Asia and […]
COLLECTIONS