THE GEOMETRIC PERIOD
The history of vase painting in historical times starts in around the mid-11th century BC. The migration of populations across the Eastern Mediterranean and the contacts with the peoples of the East brought about upheaval and instigated a new period of social, economic and artistic changes in Greece that was conventionally called Geometric (1050-700 BC). During that period influences from the Mycenaean past were still felt. The period has been called after the decorative geometric motifs, rectilinear and curvilinear, designed with the aid of instruments, that covered the surfaces of the vases.
During the Geometric period vases were originally decorated only with geometric patterns arranged in registers, but their surface was gradually embellished with schematized narrative scenes which prevailed eventually in the late 8th century BC. Figures painted solid black rendered in the sciagraphic technique (shadow painting) formed part of funerary themes mainly, such as the prothesis (laying out of the body) and the ekphora (funeral procession) of the deceased as well as chariot race. Other Geometric vases were decorated with scenes that depict a circular dance in honour of a deity, or with shipwreck scenes, whereas mythological themes were rarer.
The Geometric style was spread across the entire Greek world, with differentiations depending on the region and the workshop, with that of Attica being the most prominent centre. The significant Dipylon Master comes from the Attic workshop. The Master has been conventionally named after the Dipylon at the Kerameikos, namely the site where the monumental Geometric amphorae dated to around 760-750 BC were unearthed, which he decorated (A804, A803) with prothesis scenes and bands occupied by rows of animals and geometric motifs. 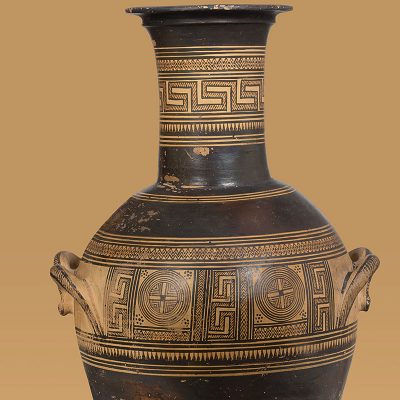 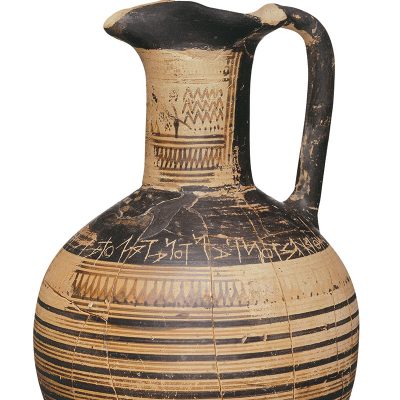 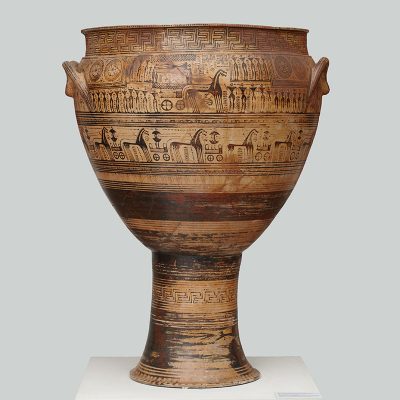 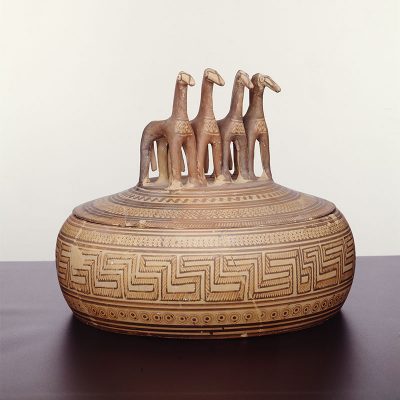 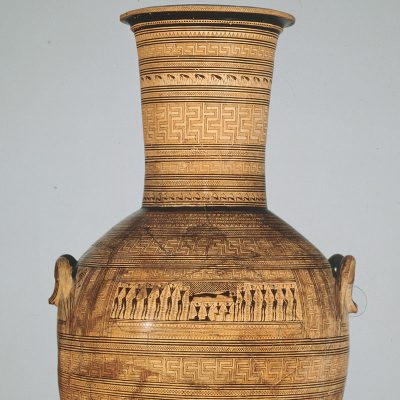