The victory against the Persians (479 BC, Battle of Plataea) had a profound impact on a political, cultural and military level across the entire Greek world. However, the cities that played a key role were two, Athens and Sparta. Nearly all of the independent city-states rallied around them, thus forming two major coalitions, the Delian League (478 BC) and the Peloponnesian League respectively. The competition and the conflict between them spread all over the Greek world, from Asia Minor to Magna Graecia (Peloponnesian War, 431-404 BC) and resulted eventually, despite the military victory of Sparta, in the debilitation of both cities. In the 4th century new military powers emerged, such as the Theban Hegemony, in spite of the transitory resurgence of Athens (Second Athenian League, 378 BC) which nonetheless had temporary results. The gradual interference of the Kingdom of Macedon in the political affairs of Southern Greece, with Philipp II and his son Alexander the Great, resulted in loss of independence and the eventual subjugation of most of the city-states to the Macedonians (Battle of Chaeronea, 338 BC). The year 323 BC (death of Alexander the Great and division of his vast empire into many kingdoms of the Diadochi – Successors) signalled the end of the Classical introducing the Hellenistic period.
Unquestionably, the political and cultural dominance of Athens, not just throughout its military supremacy (479-431 BC), but also for the entire Classical period (479-323 BC) was a catalyst not only for the ancient Greek world, but also, through the Roman art, for the whole modern western world.
It is characteristic that the term classical (from the Latin Classicus: he who belongs to the highest rank of citizens, the superior, the outstanding) was used by the Roman grammatici (grammarians) of the 2nd century BC so as to evaluate and classify the ancient Greek writers in order of importance. Hence, on artistic level, the term was identified by art historians with aesthetic perfection, harmony and authenticity and eventually with all aspects of Graeco-Roman antiquity (philosophy, theatre, sports, fine arts, music, etc.).
Ancient Athens provided the main impetus to this phenomenon. The establishment of the Athenian democracy by Cleisthenes in 508 BC and the increased powers bestowed upon the body of citizens by Pericles and Ephialtes in 451 BC gave rise to a new system of civic governance which could be characterized today as a direct representative democracy from which all variations of modern representative democratic systems of government derive. In turn, the participation in the public affairs resulted in the deeper self-awareness of the citizens and their understanding of the responsible role which they played in the political and social life.

In art the Classical period is sub-divided into shorter periods signified by respective political events and social developments as follows:
Early Classical Period or Severe Style (479-450 BC)
High Classical Period (450-425 BC)
Period of the “Rich Style” (425-380 BC)
Late Classical Period (380-323 BC) During the Classical Period Athens turned into the cultural and intellectual centre of the entire Greek world to which all great artists, architects, philosophers and poets were gathered. Inspired and guided by Pericles, ambitious building programmes were implemented on the Acropolis, with the erection of the Parthenon (447-432 BC) being the primary undertaking.
Aeschylus, Sophocles, Euripides and Aristophanes presented their theatrical plays for the first time in Athens. Architects, such as Mnesicles, Ictinus and Callicrates, painters, such as Mikon and Polygnotos, sculptors like Pheidias, Polykleitos, Agorakritos and, in the 4th century, Praxiteles worked there. Philosophers, such as Protagoras, Socrates, Plato and Aristotle taught in the city.
The accomplishments of philosophy included the emphasis that was laid on Logos (Reason) as opposed to Myth. The artworks were infused with an anthropocentric view that underscored the harmonious connection of the individual with society and were characterized by the so-called classical ethos accompanied by restraint of passion and tranquil spirituality. Progressively, as we move on to the 4th century BC, the artists succeeded in capturing the third dimension (Lysippus), a phenomenon that becomes manifest more intensely as we approach the Hellenistic Period, and simultaneously a dramatic change took place in the philosophical concepts as regards the position of the individual in relation to his social environment which was the new milieu of the upcoming Hellenistic period. 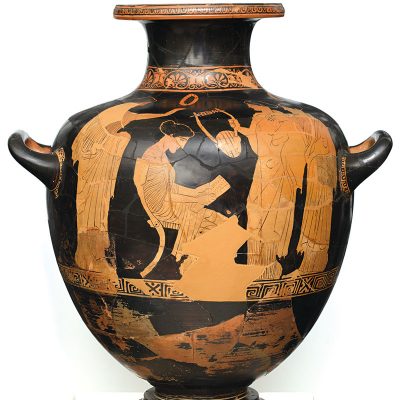 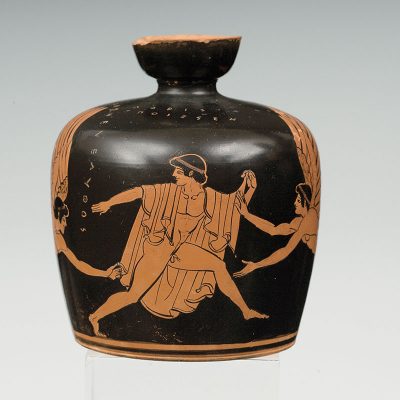 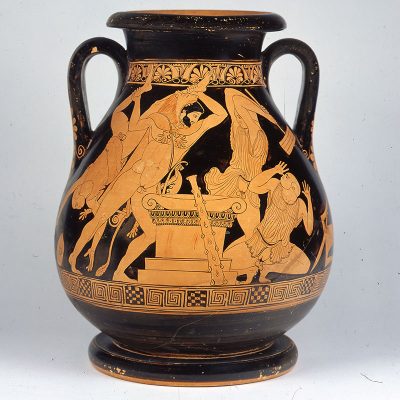 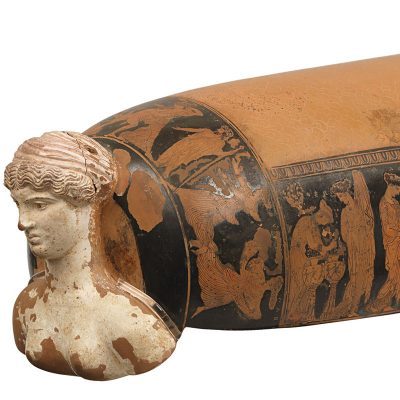 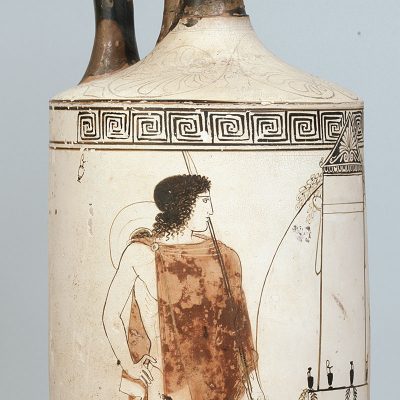 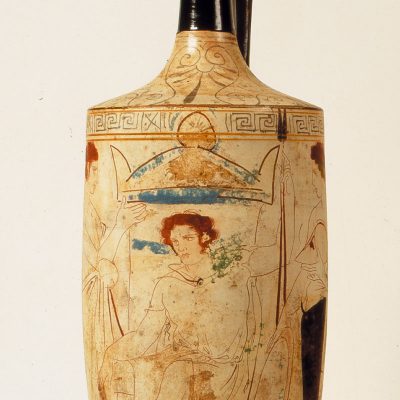 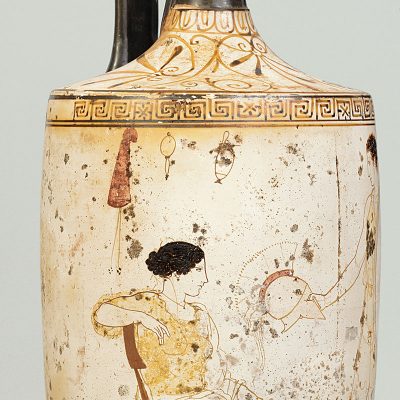 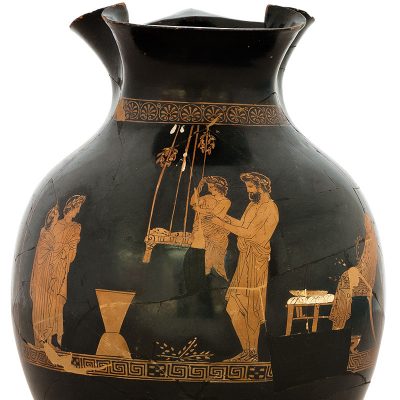