The military campaign of Alexander the Great in the East instigated the settlement there of Greek settlers who transfused from their metropolises the Greek traditions and religion as well as a freer spirit. The independent kingdoms that emerged following the dissolution of Alexander’s empire became the new economic and intellectual centres. Their development was based on the Greek language, which took the form of the “koine”, and the widespread use of coinage.

The great progress that occurred in the exact sciences dismissed the prevailing religious beliefs. With their philosophical quests the learned discovered a world instilled with order, consistency and meaning. Within this framework the idea that a ruler should serve the state and its people found fertile ground. The lower classes resorted to religion as a means of salvation. In this time period that was marked by breakthrough changes the common people pinned their hopes on Tyche, the goddess of chance circumstances, in the mystic and eastern religions.

The spirit of the era was reflected in art and architecture. Art now, more than ever, took on a secular character and turned to themes of everyday life, but also the world of Dionysus and Aphrodite, with idyllic or dramatic content. In sculpture, realism and the depiction of the personal features of the figures replaced the ideal beauty and eternal youthfulness. In this framework, the art of portraiture came forth. The new tendencies culminated in actual three-dimensional works that manifested the manipulation of space. At the end of this period sculpture was marked by classicism. This should be associated with the gradual conquest of the Greek world by the Romans who were particularly respectful of the art of the Classical period.

The minor arts as well as the toreutics of the era were similarly prolific and diverse and their works were used for the decoration of palaces and luxurious private residences. Figurines and statuettes of traditional as well as new gods, often copies or variations of great creations of the 4th century BC were produced in marble or bronze.

Jewels and household vessels made of precious and semiprecious materials served the need for opulence and ostentation of their owners. Intricate diadems, exquisite necklaces, luxurious earrings and belts, arm bracelets and gold rings were decorated with motifs inspired by nature and mythology. Vessels of everyday use, particularly those intended for symposia, the rulers and the wealthy dwellers of cities, were made of gold, silver and bronze. The use of glass vessels that imitated the form of their metal or clay counterparts was connected with the tendency for luxury and sophistication. These lavish vases competed with and eventually replaced those made of clay, that were either simple black-glazed or decorated with vegetal or geometric patterns, occasionally gilded. The characteristic types of the latter included lagynoi, oinochoae, unguentaria, relief skyphoi and Hadra funerary hydriae.

The coroplastic art of the Hellenistic period drew its inspiration from the religious and everyday life, theatre and music. It alluded to an atmosphere of enjoyment and insouciance in a world oriented towards the ephemeral and personal bliss.

The cities which Alexander the Great and his Diadochi (Successors) founded were laid out in symmetrical rectangular blocks, in accordance with what the urban planner and philosopher Hippodamus of Miletus propounded. Public spaces and sanctuaries were occupied by oversized temples and stoae, altars with monumental staircases and facades, resplendent funerary structures and theatres. They bear testimony to the display of power and wealth of their founders and commissioners. The styles as well as the individual elements of their rich decoration were detached from the austere rules of the Classical period. 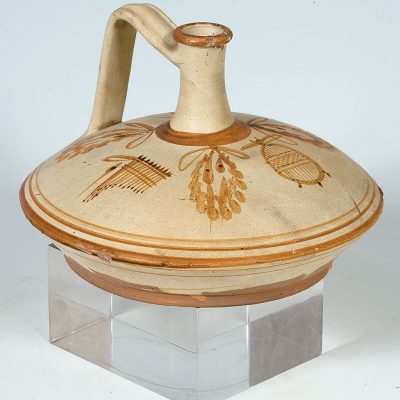 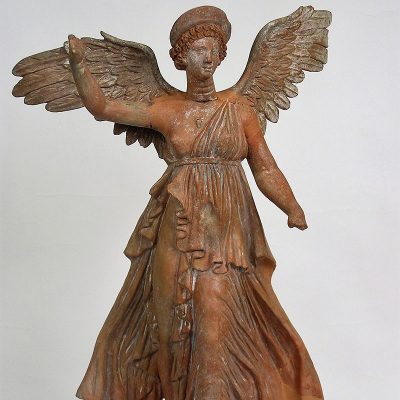 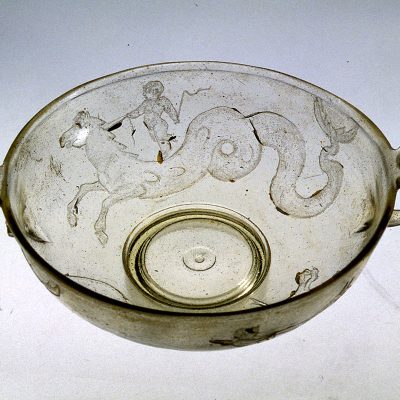 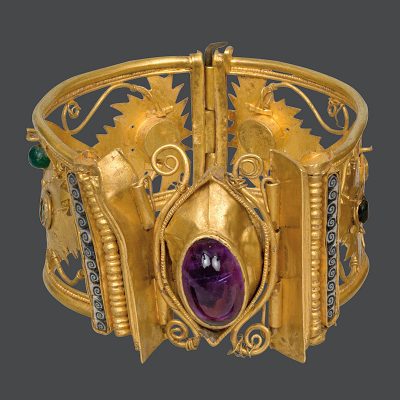 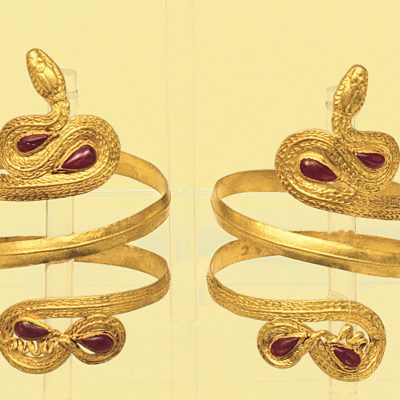 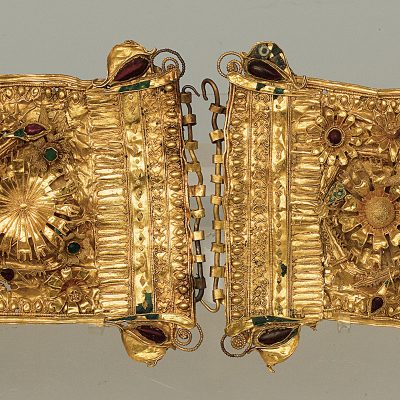 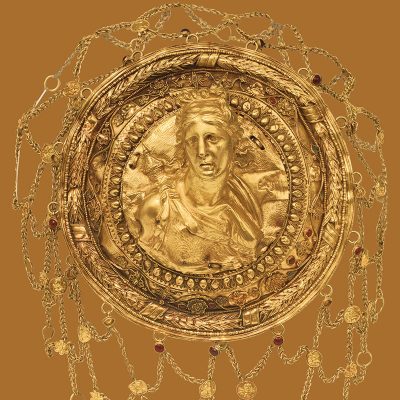 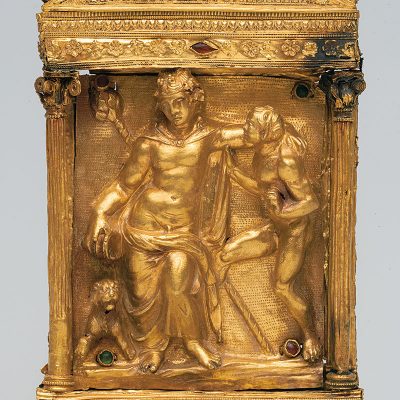