In Greece the import of works of art produced in the wider “East”, such as phialae from Phoenicia, bronze cauldrons decorated with protomes from Asia Minor, Egyptian statuettes etc. is evident already from the mid-8th c. BC onwards. The contact with the East left its imprint on Greek art, with the 7th century BC being termed the “Orientalizing” period. The artists adopted new practices and motifs which they assimilated creatively leaving their own personal mark on their works in a period of intense experimentation.

Bronze metalwork was marked by the introduction of the hammered statues and the monstrous creatures of the East. It was dominated by the bronze cauldrons that feature griffin protomes on the rim, with local workshops being established on Samos and at Olympia. Bronze male and female figurines rendered in the “Daedalic” style manifest the progress towards the accomplishment of balance in depicting the human body. The 7th century BC witnessed the emergence of the monumental sculpture and new types of statues were formulated, such as the kouros, which influenced small-scale plastic art. The special group that consisted mainly of bronze jewels, the so-called “Macedonian bronzes” that appeared in the 8th c. BC continued to be produced throughout the 7th c. BC as well.

By the end of the 7th c. BC the Greek art had manifested its tendency for anthropocentrism, laying emphasis on the personality of the individual considered as a single entity together with the body.

In the 6th century art reached its heyday. The significant increase in the number of bronze votive figurines and vases dedicated to Panhellenic and local sanctuaries bears irrefutable testimony to the economic prosperity. The artists were marked by their vivid imagination and their tendency for renewal that resulted in the creation of a plethora of new types. The period was characterized by the development of a large number of local workshops, featuring special stylistic elements, such as Attica, Corinth, Sparta, Argos, Arcadia, Thessaly, Boeotia, Macedonia, Corkyra (Corfu) and North-western Greece, Magna Graecia – Sicily etc.

The Attic figures are distinguished for spirituality, harmonious proportions, inner intensity and dynamism, and also the luminous smile that reflects the joy of life. Argos shows a preference for figures with “heavy” proportions. The Corinthians were renowned bronze craftsmen and their works, mainly vases and vessels with plastic details and mirrors, are characterized by flowing, sharply defined outlines, precision in rendering details and the vivid movement of the figures. Sparta was a flourishing bronze metalwork centre during the 6th c. BC until the early 5th c. BC producing a variety of original themes, figures with solemn faces and restrained movement. In Ionia, Samos, being a major bronze metalwork centre already from the 8th c. onwards, played a leading role. 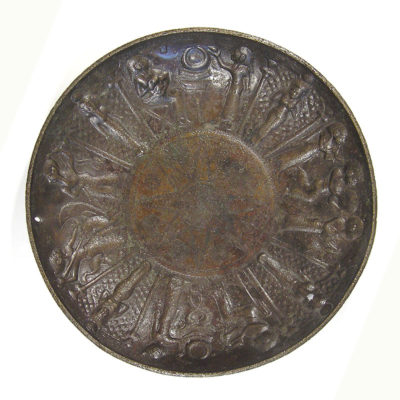 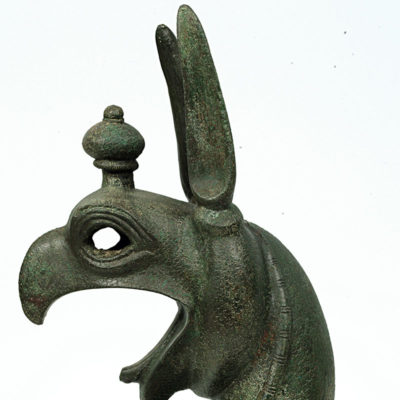 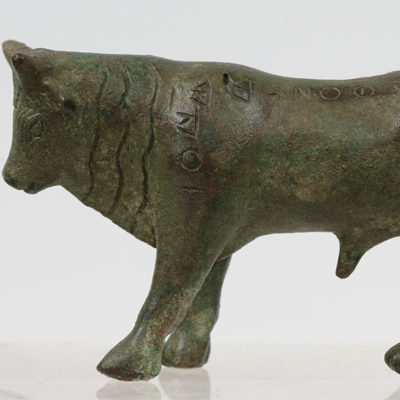