Predominant in the Cypro-Archaic pottery is the Free-field Style, where themes of human figures, birds, fish and animals expand freely on the curved surface of the vase. Quite characteristic also are the amphorae of the Bichrome Style, bearing almost identical decoration of geometric motifs. In the same period, bird-like vases make again their appearance, including askoi and flasks for storing perfumes and oils, as well as clay models of furniture, seats and tables.

In the repertoire of contemporaneous figurines, many riders are encountered with linear motifs on the body of the horse. Quite a few among them are depicted seated sideways and probably represent deities. Standing out among them is the figurine of Astarte on horseback, a Phoenician goddess of fertility, who was adopted by the Cypriots. Male and female figurines with raised hands, holding offerings or playing tambourine, may be related with the sanctuary of the Great Goddess Aphrodite.

Characteristic of the Cypro-Archaic sculpture are: a) statuettes of himation-clad male and female figures, holding a flower in their right bent hand, a common type from the end of the 7th to the mid 6th cent. B.C., and b) statuettes of beardless wreathed worshippers, in use from the mid 6th to the early 5th αι. B.C., which are connected with some deity. 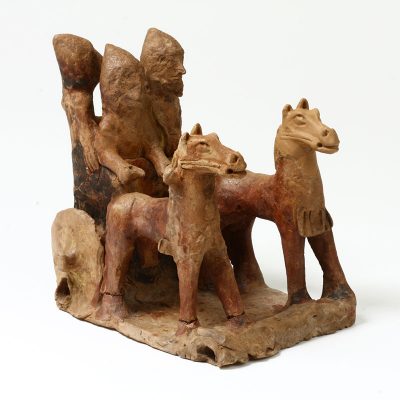 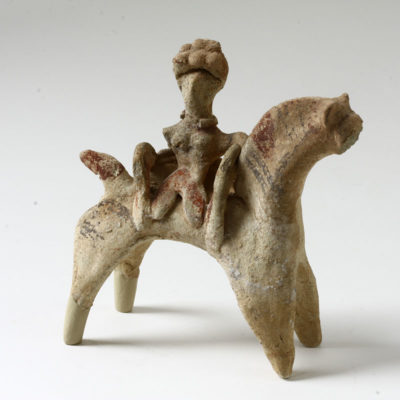 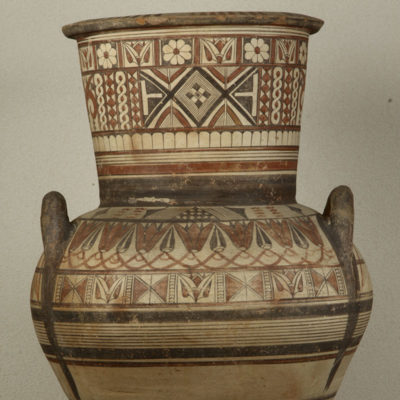