Right after the death of Alexander the Great (323 B.C,), the conflict between Ptolemy and Perdikkas began and ended with Cyprus becoming a province in the Hellenistic state of the Prolemies, kings of Egypt. Ptolemies’ rule remained undisturbed throughout the 3rd cent. B.C., and had a strong Greek-oriented influence on institutions, architecture, town-planning, language and artistic expression.

Among the characteristic sculptural types of the period feature statuettes of «temple servants», which were dedicated to the temples to commemorate the initiation rites of children and their placement under the protection of the deity, as well as statuettes of female figures playing the lyre.

A typical ceramic shape of the period is the lagynos, with biconical squat body and long cylindrical neck, the most popular wine container in the entire Hellenistic world. 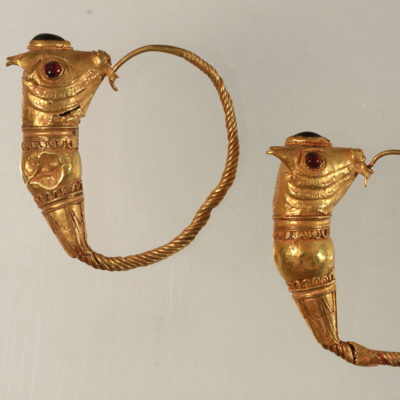 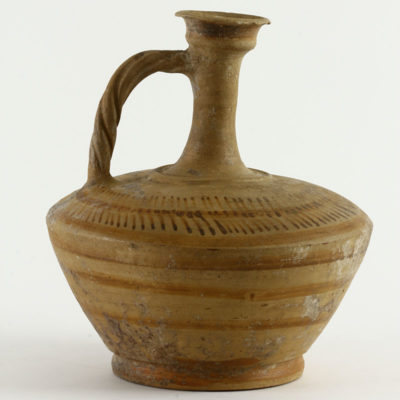 (750-480 B.C.) Predominant in the Cypro-Archaic pottery is the Free-field Style, where themes of human figures, birds, fish and animals […]
COLLECTIONS