The exhibits cover all the periods of Egyptian civilization.

The ancient Egyptian civilization is the only other major civilization of the Mediterranean, apart from the Greek, displayed at the National Archaeological Museum already since 1890.

The enriched redisplay of the collection includes the objects of the previous exhibition (1994-2002) complemented with a significant number of new artefacts which are put on public view for the first time. The exhibits (statues, figurines, stelae, sarcophagi, mummy cases, mummies of animals, vases, funerary caskets , Fayum portraits, jewellery etc.) cover all time periods of the Egyptian civilization. The new exhibition aims at the familiarization of visitors with the daily life of the ancient Egyptians. The artefacts are interpreted based on their use, whereas the burial practices as well as the religion of the ancient Egyptians hold a prominent position in the exhibition. Simultaneously, emphasis is laid on the close ties between the Greek and the Egyptian civilization in antiquity.

The exhibition is chronologically arranged. Each chronological unit is subdivided into thematic areas dedicated to topics, such as authority, worship – rituals, burial practices and beliefs, everyday life, magic etc. Concurrently, the exhibition is supplemented with individual, diachronic thematic units centered on music, the scarab beetle motif and script.

The first room (Room 41) covers the history of the Egyptian civilization from the Predynastic period (4000 BC) to the New Kingdom (1550-1070 BC). This room introduces visitors to the world of Egypt, giving insights into the main aspects of daily life, such as worship, magic, art, religion and burial practices.

The second room (Room 40) covers the history of the Egyptian civilization from the Third Intermediate period (1070 BC) to the Roman times (30 BC – 311 AD). This is a particularly significant period for Egypt. Visitors are given the opportunity to admire the unique in Egyptian art sarcophagi and grave goods, familiarize themselves with the numerous gods of ancient Egypt and, furthermore, through the exhibits, identify the close relations between the Greek and the Egyptian civilization. 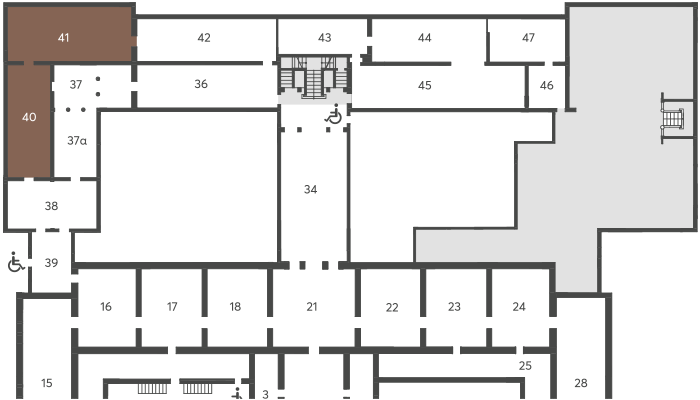