With Memphis as their capital city, the powerful and wealthy Pharaohs of the Ancient Kingdom (circa 2575-2134 BC, 3rd-6th Dynasties) established, since the 5th Dynasty, the worship of the Sun God and from this moment on, they were called “sons of Sun”. The Ancient Kingdom was a flourishing period in architecture and sculpture during which the artistic creation was dictated by the idolization of the Pharaoh.

Sun temples were constructed along with gigantic obelisks serving as landmarks in which the cult of Ra, the Sun God, was taking place, pyramids that served as royal tombs, the most famous of them at the valley of Giza (pyramids of Cheops, Chephren and Mykerinus), as well as mastaba tombs (rectangular overground structures with one or more subterranean chambers that communicated with each other) which were intended for the members of the royal family and the nobility. The mastaba tombs were decorated with reliefs, wall-paintings and statues, characterized by strict frontality and absolute symmetry, depicting gentle and majestic figures of young people with perfect proportions, in moments of everyday life, that accompanied the dead in the afterlife.

During the Ancient Kingdom, the canons governing Egyptian art were formulated, which will apply throughout its long history and the hieroglyphic script blossomed. The “Pyramid Texts” constituted a landmark in the evolution of the language and reflected people’s perception of the afterlife since they were engraved on the walls of the corridors and the burial chambers of nine pyramids of Ancient Kingdom and the First Intermediate Period that came after. 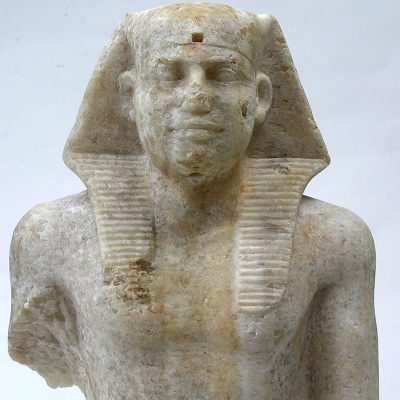 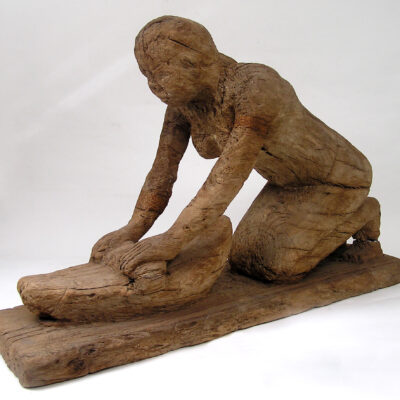 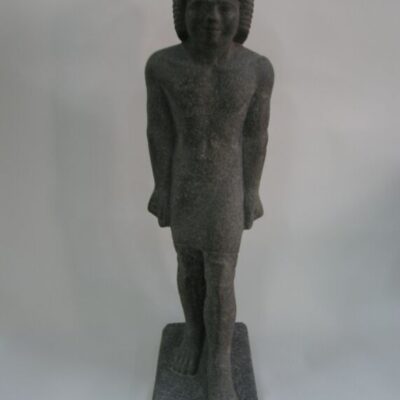